No traffic jams, public transport works properly, the opportunity to get from any peripheral area to the city center on high-speed tram (and not in the crowded cabin, even at peak times) just in 10-15 minutes – that now seems to be a distant dream but it’ll become reality by 2025 year. That’s the concept of St. Petersburg development for the next 15 years, developed by KERPPiT – The committee for development of industrial politics and trade.

According to the officials from KERPPiT, Saint Petersburg will be a true traffic paradise by 2025. First of all, all strategic transport infrastructure will be completely finished by this time. In particular, the belt-highway, West Speed road, Orlovsky tunnel, marine passenger terminal on Vasilevsky Island, high-speed rail service to Moscow and Helsinki, highway to Moscow. Thus, the capacity of the existing road network will increase, and the term "traffic jam" the next generation of St. Petersburg will know only from the dictionaries. There’ll be no heavy traffic in St. Petersburg. The water area of Neva and air spaces of the city will be used much more.

However, owners of private cars in addition to the joy of continuous movement will have to pay extra. First, they’ll have to pay for entering the historic center. Secondly, for parking, with few exceptions.

Priority in transportation plan will be given to the public transport. 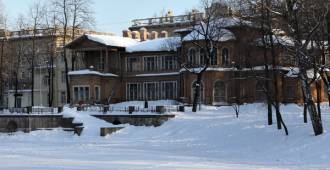